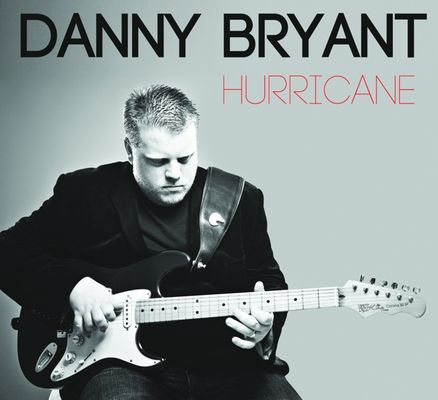 Previously hailed as a young guitar virtuoso, and a protégé of Walter Trout, Danny Bryant is building a formidable reputation as a leading British blues rock guitar heavyweight in his own right.

Recorded as a power trio, the new album was produced by Richard Hammerton (Manic Street Preachers). The nine songs showcase the evolution of Bryant as both guitarist and songwriter. The album bursts with power-fueled originals, groove-driven up-tempo songs, and soulful blues ballads.

Danny retreated to the rural solitude of the county of Cornwall in the southwest of the UK to record the new album. It was just like time travel, says Danny. Since there was almost no phone reception or internet connection, I spent between 15-18 hours a day concentrating on nothing but the music.

The difference to the previous studio album Just As I Am (2010) is based mainly in the production. Says Danny - The songs are the result of hard work and have gained considerable complexity. This is evident not only in the melodic title track, but also with the ballad Can`t Hold On, not to mention the funky-bluesy Greenwood 31 – a song that harks back to a similar urgency in the style of Jimi Hendrix mixed with the attitude of Lenny Kravitz.

Inspired by American rockers including John Hiatt and Bruce Springsteen, Bryant looks back on some of his career highlights. Reflects Danny - Recording the live album Nightlife (2012) was a milestone. Over the past few years we’ve constantly toured Europe, and in doing so, we have broken new ground both musically and geographically.

The results are evident from the reaction from the audiences. In the beginning, people were primarily coming to the concerts to see a young guitar player, says Danny, but these days I think they’re coming because of songs, voice and overall performance.