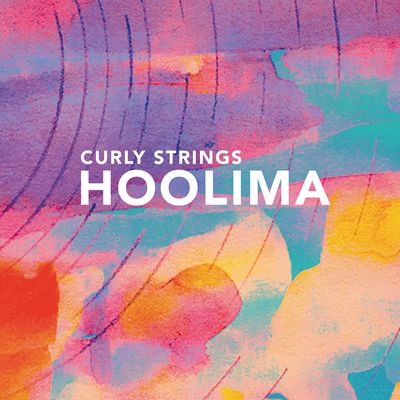 A small country with a wide musical palette: in Estonia there is a wide scope for unusual sounds between the Poles Arvo Pärt and the festivals with mass choirs. Folk, which has the status of pop amongst the youth scene, is currently being completely renovated - and with the quartet Curly Strings, it is being spiced up with a decent pinch of bluegrass. The woman and three men are one of the most surprising facets of the new sounds in the Baltic States.

If you translate "Curly Strings" literally, you end up with ... "curly strings"? Well, the female member Eeva Talsi has a magnificent blonde curly mane to show for it. But the name could also be an indication of the adventurous playing style of the four, be it on the fiddle, guitar, mandolin or bass. Not always straight and without detours, but sometimes a bit entwined, tortuous - or as the Bern German would say: “curly".

In contrast to many other countries, folk music has not fallen to being regarded as an inferior relic of the past, in their homeland in the post-Soviet era. The youth are interested in the heritage that goes back to the time of the Rune songs, and can be spiritually charged. Estonia proudly and creatively deals with its heritage, but does not set up a folk music police to watch over certain musical customs.

And so the audience in Estonia also welcomed the four "curly strings" with open arms: in 2014 Fiddlerin Eeva Talsi, bassist Taavet Niller, Jaan Jaago on guitar and Villu Talsi on mandolin debuted in the spotlight of the public with the "Ille Ilma" and were soon taken seriously even in the pop scene. Their trademark: the quartet combines Estonian folk tones and lyrics in the resonant native language with the aesthetics of American string bands, creating an unprecedented folk and bluegrass sound that spans across continents. Characterized for their stylistic informality: The Curly Strings have won numerous Folk Awards as well as the European Bluegrass Award. The leading British world music magazine Songlines wrote: "They can hold their own with so many American bands, and have merged the sound from the South with their ethnic style, which not only appeals to the senses of the Baltics.”

So there is every chance that the quartet, charged with youthful verve, will soon be able to celebrate its international breakthrough. For this they have their second brand new long player on deck, which bears the title "Hoolima" and has already won the most important folk award in Estonia. The album was produced by Grammy-nominated Casey Driessen and his colleague Dani Castelar, who has already worked with the likes of Michael Jackson and R.E.M. According to the band, the topics on this second album are those that are "close to our hearts". And how much passion and heart has gone into these songs, can be felt in every beat of the ten songs.

Pushing on and at the same time light-hearted loftiness, with the typical bluegrass offbeats, is presented in the birthday serenade "Aastapäev", culminating in a fast-virtuoso finale. In the swinging "Miks Sa Murrad Mind", carried by delicate mandolin riffs, Eeva sings in a sensitive voice about how one suffers from imprisonment, how one’s freedom of development is taken away. A flight around the world and into the light, is described by the four in the anthemic "Avarus" with its fast-rising violins and bluesy Intermezzi, while "Kuu" ("Moon") deals in melancholy minor moods with being the on-the-road. And finally, the title track: a compellingly optimistic folk-pop song about a positive mind set heading into the future - it combines Nordic flair with a country-esque atmosphere and a funky moment.

In between, are two grandiose instrumentals interwoven: a fiery Zwitter that swings from bluegrass directly into a polka, as well as an old-fashioned Mazurka with finely graduated dynamics, will convince even the last doubters of the abilities of this exceptional quartet, which does not come from the Appalachian Mountains, but from the shores of the Baltic Sea looking out towards America.

With Curly Strings, blows a fresh breeze out of the east over to us, creating fantastic transatlantic winds on twenty strings.