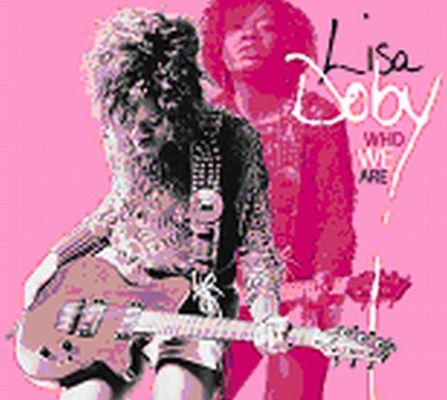 about music when she was a little child. During her school

gospel choirs. While Lisa Doby studied on the Wake Forest University, she

joined the a-capella-band Nishati. Thereby her amazing voice was finally

discovered and she started to perform solo. Her huge talent got about very fast

and her audiences grew continually. During a semester in France she finally made

the breakthrough: In the Lionel Hampton Jazz Club in Paris she was discovered by

Patricia Kaas who engaged her as her background singer immediately. Although

Lisa could gather inestimable experiences, she always preferred to compose and

sing her own songs, so that she assembled her own band after an extensive world

Her sensational debut Free 2 Be, which has appeared in

2006 at Jazzhaus Records and which sold particularly well in France, already

showed her multi-faceted skills. The single That’s Love, an extraction

Who We Are. The single was played by various radio stations – partially

Who We Are is ready and it fully meets one’s expectations. On the disc

one will find 11 songs, as well as a video on which LISA is performing "Feeling

where the trip will be going: The Rhythm & Blues and Soul is fortified by a

song of the album) and is underlined with the matching "Outro" again. With the

listener, before (s)he must automatically hum along with That Kind Of Day,

which inevitably brings the spring into one’s living room. This feeling

continues with the soulful song Everytime It Rains, before Lisa

in a jazzy and swinging arrangement. In Just Because the soft side of the

American takes effect. Hold On is performed in an acoustic version,

before LISA is paying homage to her present home in Alsace with Sankt Amarin.

Plus Fort Que Moi and the already mentioned live video.