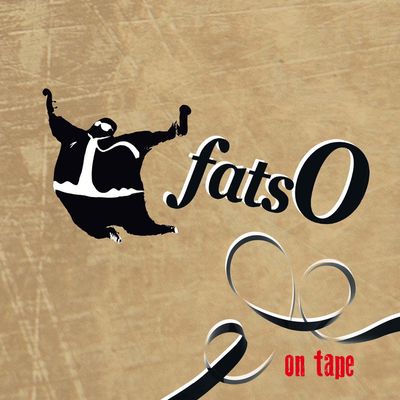 The Blues of Bogotá is on the rise in our latitudes? Sounds a bit crazy, and it is. Direct from the Colombian capital penetrates – amongst all the salsa, rock and electronic sounds – a raspy voice, that causes the ground to tremble. Daniel Restrepo causes with his combo fatsO a leverage of Latin clichés, and offsets the Andes to the middle of the southern continent. Celebrated in their home country, the exciting septet is preparing to make their leap to Europe.

After six months of polishing, the debut album was a hit amongst the Colombians when Restrepo and his men presented it at the Bogotá Jazz in the Park festival. The nine songs in English plus a Spanish interlude on the debut album encloses rattling Blues, old Jazz and hard-edge Rock, bringing up for split seconds memories of Tom Waits, Joe Cocker or Leonard Cohen – and yet it was all filtered through the pulsing climate of the Andean metropolis.

In Out Of Control a leaden rebellious Blues Rock breaks through the fence, with Hello one is given a merry, cross beat, approachable serenade. Brain Candy evokes with uncanny chromaticism the sultry atmosphere of a South American hole in the wall, and Pimp leads with rumbling drums even deeper into the musical den of iniquity, somewhere between archaic Swing Explosion and Proto-Rap. In the melancholy of Crying Out, one genuinely worries about the vocal chords of Restrepo’s desperately bellowing voice, while a clarinet, one of the national instruments of Colombia, exultingly fights ist way to the forefront. All the while in It’s Getting Bad, the ballad of a couple drunk on love, the electric guitar has ist moment of glory. With Oye Pelao the combo finally appoaches in the mother tongue the unmistakably traditional Cumbia and Vallenato colorations. And on the foundation of all these hymns of outlaws, outcasts or possessed is fatsO, Restrepo’s inseperable companion with his boastful, bone dry grooves.

The raspy bassist and his wild six want to take Europe by storm. With their raw Energy emerging from the midst of a cauldron of 8 million, it should be no problem. The first indications of this were at their concert at the trade fair Jazzahead in Bremen last spring, where the Latinos were celebrated with standing ovations.

Cesar Daniel Caicedo: Alto Saxophone except on „Crying Out”