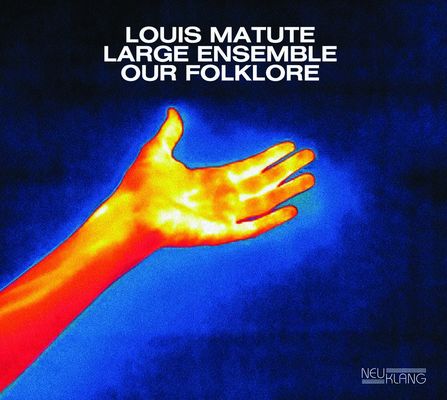 Are we destined to play only the music that culturally belongs to us and lives in us? Do intercalated countries and vast expanses of salt water operate as natural borders preventing the soul and spirit of music from being shared and transmitted beyond their geographical setting?

From his Honduran father, Louis Matute immersed himself in South American music. Cuba, Brazil, Colombia, Costa Rica, each of these countries brought him an element, an inspiration that he made his own. Through his German mother, he discovered the great composers whose harmonic spirit he kept. Geographically as much as musically, these cultures seem to be opposed, if not evolving in parallel universes. Occasionally crossed but rarely mixed.

Thanks to a sometimes destructive confinement, Louis Matute took the opportunity to build. To strengthen his own foundations with elements from elsewhere. Without fear of exploring lands that are not his own, he took his six musicians on this jazz adventure. Taking inspiration from vibrations located hundreds or even thousands of kilometers away, those brought by musical messengers or directly picked up on the spot, during a necessarily enriching journey. Respecting the codes and values of the paths taken, mixing them so that nothing takes over but so that everything forms a whole.

A new culture, a new folklore. Our Folklore. Electric in a totally instrumental acoustic ensemble, his guitar applied itself to drawing the strong and expressive themes that would guide piano and brass on the route to follow. A path which, under the effect of nervous rhythms, led the six strings beyond the Mediterranean, to meet an oud playing its oriental, bewitching and mysterious melodies. The oud has become jazz as much as jazz has become oriental. In the midst of traditional South American music and melancholy pop-rock, an additional piece in this unique artistic landscape.

Leader, Louis Matute darkens his scores keeping in mind the strengths of each of the musicians who make up his Large Ensemble. Total cohesion, everyone can then shine like a soloist when the time comes. Expressing the culture, one brings to the septet. The culture one discovered and assimilated. The culture which by its keys, its strikes or its movements on the handle has become an element that is both constitutive and central to this new folklore. Our Folklore.