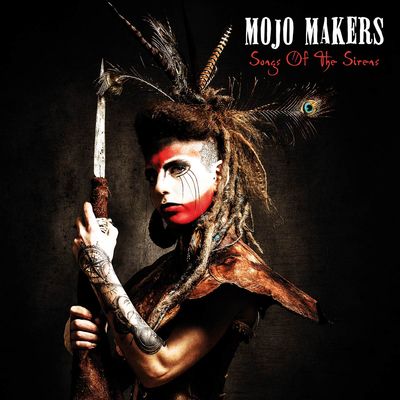 Songs Of The Sirens

Mojo Makers released two albums and both have been nominated for the Danish Music Award. The group was also nominated by the British Blues Organasation as the best band in Europe and was chosen for the best blues album of the year by the English Blues and Soul Magazine. Furtermore the group has got a lot of airplay in England and received some very good revievs in Britan and Germany as well. The band has made quite a mark on the musical map already.

The Mojo Makers started playing on a regular basis at a small club in the middle of Copenhagen called Mojo Blues Bar. In a dark room filled with chain smoking and heavyly drinking audiences the group slowly developed their own style. Founder of the band, guitarist, singer and songwriter Kasper Osman played new numbers to the crowd almost every night and watched peoples reaction to the music. If he did not get any respons from the listeners the song wasn’t on the set list for the next night. This guideline tells a lot about how The Mojo Makers are working. All their songs are being tested in front of a live audience and if a song pass the proof, the song will keep alive and eventually ends up on a album.

The blues has always been the core of the Mojo Makers DNA and for every new record the group explores new facets of the genre. Kasper Osman says: ”I have the deepest respect for the old blues masters and the people nowadays who follow the old tradition and sound, but I can not do that. I have to challenge the genre and by doing that I feel I can add something of myself into the music.”

Lead singer Kasper Osman takes you back to guys like Paul Rodgers and Robert Plant. With his mysterious and seductive voice he captures a song and possess it. Apart from being an outstanding songwriter he is also one of the best roots-rock singers Scandinavia has produced recently. Also lead guitar player Kristian Hoffmann`s personal and sovereign way of playing the guitar stands out and leaves an impression. He is highly skilled at his instrument but his unpredicteble and agressive way of playing saves him from being something you have heard before.

”Songs of the Sirens” is the third and most recent album of the Mojo Makers and the group uses the blues music as a stepping stone and mix it with a lot of roots, rock and soul. The group deliver twelve unique tracks which all point in various directions. On the opening track ”Bless my soul” you get a punch in the groins by the tempo and intensety the band provides, opposite to the number ”Away” which takes you to an introvertet almost whispering and haunting place. The Mojo Makers challenge the music with their oncompromising approach to the genre, but they also challenge the listener. You have to listen to the record a lot of times to capture all of the details and because of that, the Danish group is an interesting and exciting acquaintance. The Mojo Makers are from Denmark but somehow they managed to extract the basic elements and knowledge of the American music and make it into something of their own. When you listen to the album you can understand why some critics have called them the new Nordic generation of blues.