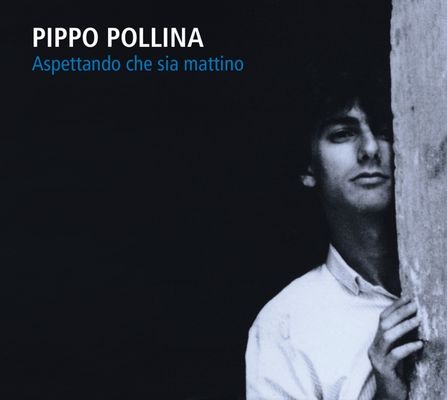 Aspettando Che Sia Mattino (Waiting for the morning) recorded in 1986 and released in 1993 is Pippo Pollina’s first album.

It was this album, originally released by the Swiss label Zytglogge, which made the artist famous.

With a soulful voice, a wonderful instrumentation and a perfectly played acoustic guitar Pippo Pollina causes a stir in the world of folk music.

Since then, he is considered to be one of the greatest and most influential artists of the Swiss and later Italian-scene. This album represents all facets of the singer. The different genres - ballad, pop, folk and even blues - illustrate that in an enormous way. This characteristic Italian voice conveys strong feelings and tells wonderful stories.

The religious ballad E Allora Vai seems even stronger because of the crystal voice of Rosi Wiederkehr which blends perfectly to the voice of Pippo Pollina. The result is a very simple but powerful song with an arpeggiated accompaniment. The highlight of this album is the ballad Per un Amico dedicated to Francesco Vitale. The song is about their home city Palermo, which means it is about the mafia and their crimes. Pippo Pollina shows by this song his political commitment to the fight against the Mafia in the late eighties Sicily. The bluesy sound in Ci Vorrebe un´Idea (an idea you should have) shows a different facet of the artist. This duett with Linard Bardill is the beginning of a fruitful musical friendship.

Aspettando Che Sia Mattino characterizes the beginning and was crucial for the career of the Italian artist.