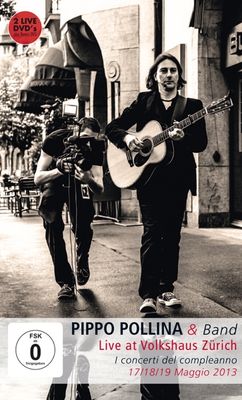 I will probably remember the three evenings of 17th, 18th and 19th May 2013 at the Volkhaus forever and also the emotions at these concerts. Not just because of my 50th birthday, further more because of a series of lucky circumstances that made the concerts very successful!

Especially there was a wonderful and friendly atmosphere between the musicians, technicians, organizers, guests, cameramen and helpers, which were a part of the great and common team. A team of about 70 people has been working continuously for 3 days so that we could offer our best to the 5000 spectators who came from everywhere. They came from all parts of Italy and arrived from Germany, Austria, Switzerland, France, England and even from Finland.

Last but not least, the expectant atmosphere that has begun with the audience and infected the musicians and me and gave us the feeling that we have experienced a moment of almost magical intensity.

A big thank you goes out to everyone who was involved. We worked for that event over a year to make it successful.