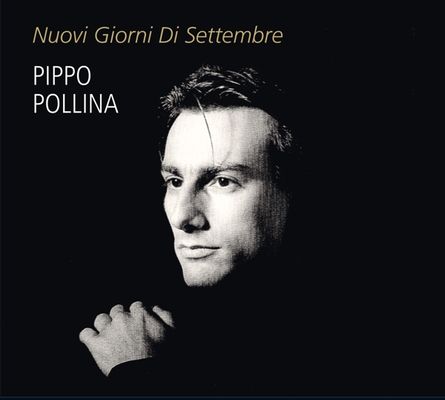 In 1991 the Italian singer-songwriter Pippo Pollina released his third album, Nuovi giorni di Settembre (New days of September). The artist considers melancholy as a positive feeling and describes the album as follos: The songs of this collection have the long and melancholy breath of reconsideration, the slightly nostalgic scent of the time, the melt away inevitably and inexorably between the hands.

The poet charms us, because he is a great story writer and he also acts as a master who tells stories that are based on the very accurate observation of everyday life. But he does not tell us any story, it is his story. Stronger than ever Pippo is painting pictures of hope against despair, of loneliness and the other pages torn from this life.

Highlight of the album are the songs Madre, which was originally written for his first album in 1988, and Camminando. The last one was recorded during a concert in Belgium with Linard Bardill and developed itself quickly to a completely manifesto.

The album was a turning point in the career of Pippo Pollina. After the release, he presented the album in the German-speaking area up to Scandinavia. Thereby he confirmed his status as one of the greatest songwriters in Europe.