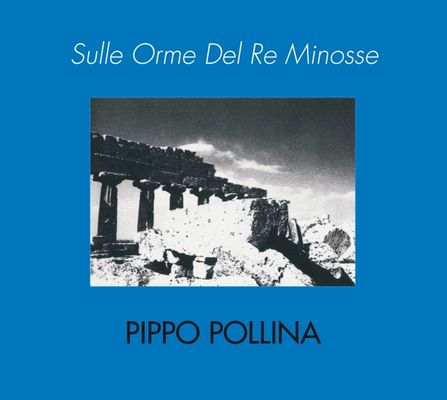 Sulle Orme Del Re Minosse, released in 1989 is Pippo Pollinas second album. The songwriter won 1989 the Swiss Radio price of DRS1 and had therefore the opportunity to finance this album which is the result of a mystical crisis he experienced. Even the title Sulle Orme Del Re Minosse (On the footsteps of King Minos) hinted a rather enigmatic and esoteric work.

The songs invite you to dream. The Italian musician presents very poetic lyrics, in which he longs to the south, sun and sea. These are indications for the Sicilian home of Pippo Pollina. With the Archaeology Pippo Pollina wanted to look for reports that could explain how the humans had set up on the earth. This album is marked by references of civilization. Behind that you will find philosophical considerations which invites to reflect about our origins and ourselves.

The album contains all these thoughts, researches, analyses and reflections besides political songs (Radio Guevara), rather hermetic moments like the enigmatic Et in arcacia ego or the title track of the album Sulle orme del Re minosse; a mixture of archaic perspectives and visual subjectively attitude which combined in rather unnatural and forced manner .

Notti Bianche is about the classical poetic topos of escape and the passing of time. The feelings that are mediated by Pollinas voice are supported by a wonderful saxophone solo. The ballad ends with the enigmatic phrase Voglio Other Via (I Want To Go Away) which is also the end of the album.