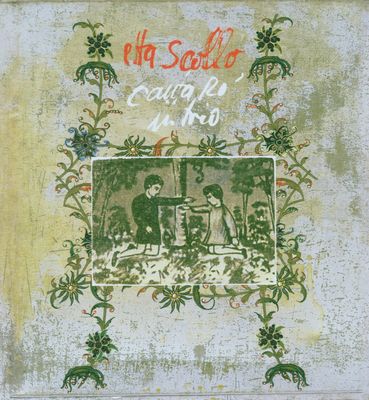 Sicily: That stands for mamma, mafia, murder and … milk. Milk? Exactly, while Sicily is connected with milk in a much longer history than with the notorious “m”- cliché.

According to legend, the inhabitants of the Sicilian town of Sperlinga felt a great affinity towards their French conquerors. This affinity went so far, that they afforded the besieged French protection in their castle during the Vesper war (1282). As the attackers wanted to know if the hated French were hidden in the castle, the castle`s inhabitants threw small balls of cheese out of the arrow slits – and delivered the “proof” that harmless shepherds lived within the walls.

However, the cheese wasn`t made from the milk of sheep, rather from the milk of the French women… The history of Sperlinga is just one of many Sicilian legends from which Etta Scollo´s new fascinating program is composed. After the huge success of Canta Rò “Hommage to Rosa Balistreri”, she now sings about Rosalia, Palermo`s popular patron saint, who was a blond Norman.

And about Colapesce, a boy who was half fish and half man and carried the island on the sea bed, so that it wouldn`t sink, while his beloved waited for him eternally… Authors such as Jules Verne and Patrick Brydone have made Silicy`s legends famous. Indeed, Friedrich Schiller recounts thereof in his ballad “The diver”. In Etta Scollos program these are aroused newly to life: “Les Siciliens!” is a musical bazaar full of unheard sounds and unspoken words, which live on in the fantasy of the public. Johann Wolfgang Goethe already knew: “Sicily is the gate to Europe…here is the key to all.” Etta Scollo shows us with her program, that in each of us, Signore e Signori, lies a Sicilian.