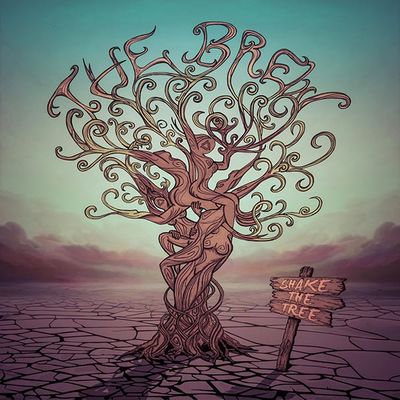 THE BREW, hailing from the northern english coastal town of Grimsby are unique with their brand of modern Rock with psychedelic touches and they step back onto the scene with their new album, Shake The Tree. Over the course of a month they crafted ten songs that comprise this sixth album that has effectively outgrown any comparisons.

Straight forward Rock n' Roll music and a Jason Barwick on top of his game! Shake The Tree is is an open invitation to do just that until the fruit falls down, to take matters into your own hands, in short an ode to life and living itself.

THE BREW have long proven that big stages are right up their alley, their steadlily growing fanbase, the so-called brewligans, can look forward in excitement to these songs getting the live-treatment. But foremost. THE BREW embody paradox opposites it seems. They are young veterans, equipped with the enthusiasm of newcomers.