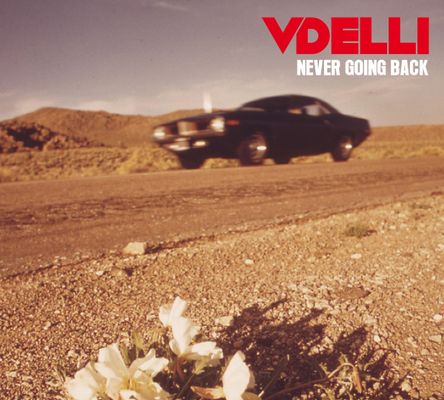 With Never Going Back VDELLI are pushing the boundaries of blues rock and grungy blues with furious rock songs. The song's subject matters are very personal and don't hold back which adds weight to the whole production. The sound is raw and pushes right up in one's face from the opening track Change The View. From there the listener is assaulted with a barrage of super high energy Rock 'n Roll. This is not just a toe tapping album. This is a heels to the floor and hang on affair!

To bring as much of their live sound and energy as possible into the studio, the band produced the album by themselves with the assistance of their live sound engineer. As an experienced band VDELLI know how to find the limits and how to exceed them. Kim Goodlet mixed a raw sound that still leaves room for the soul of each single track. Known for his work with The Darkness, Arctic Monkeys and Coldplay. Goodlet achieved to bring the characteristic sound of VDELLI to a whole new level.