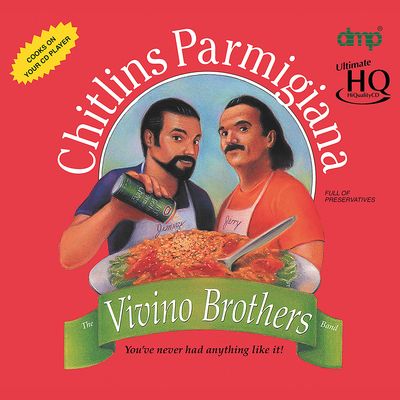 However, the Vivino Brothers rarely recorded albums together. With Chitlins Parmigiana, however, they recorded something special by fusing urban blues, jazz funk and soul. Although the album spreads a party atmosphere, the ballad 'Fools Gold' is goose bumps pure.

An enjoyable album that illustrates the Vivino siblings' diversity.

The album by the Vivino Brothers, which is still legendary today, was no longer available in mint condition for over a decade. Now Chitlins Parmigiana is emerging again - as a UHQCD (Ultimate High Quality CD).