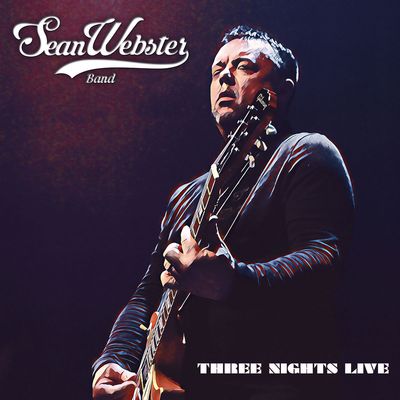 Sean Webster has been at home in the blues-rock world for over 20 years. He has regularly released albums since his debut in 2004

Webster’s vocals are throaty and rough, but with unbelievable passion and inspiration, as any great singer should be. He is a talented songwriter, who also has a great feeling for just the right song selection when singing the songs of others.

The album “Three Nights Live” contains remarkable interpretations of songs by Keith Urban and John Meyer. But his biggest plus is – alongside these already extraordinary attributes – his excellent guitar playing. In addition to technical sophistication, Webster has the talent to build suspense without overloading the songs.

There are many goosebump moments on this album. And if you didn‘t know Sean Webster before, you need to listen to “Three Nights Live”!